It might actually surprise you how many people want to know the minimum age for skydiving. Most of the folks that ask us about skydiving age limits are first-time skydivers with eager teenagers

How old do you have to be to skydive?

United States Parachute Association Group Member drop zones have set the minimum age limit to 18 years. To understand that, we’ll need to briefly introduce you to the USPA, which is the oversight organization for our sport. After carefully researching a body of best practices since the sport was founded more than half a century ago, the USPA now states in the USPA’s Basic Safety Requirements that one ought to be 18 years of age to skydive. 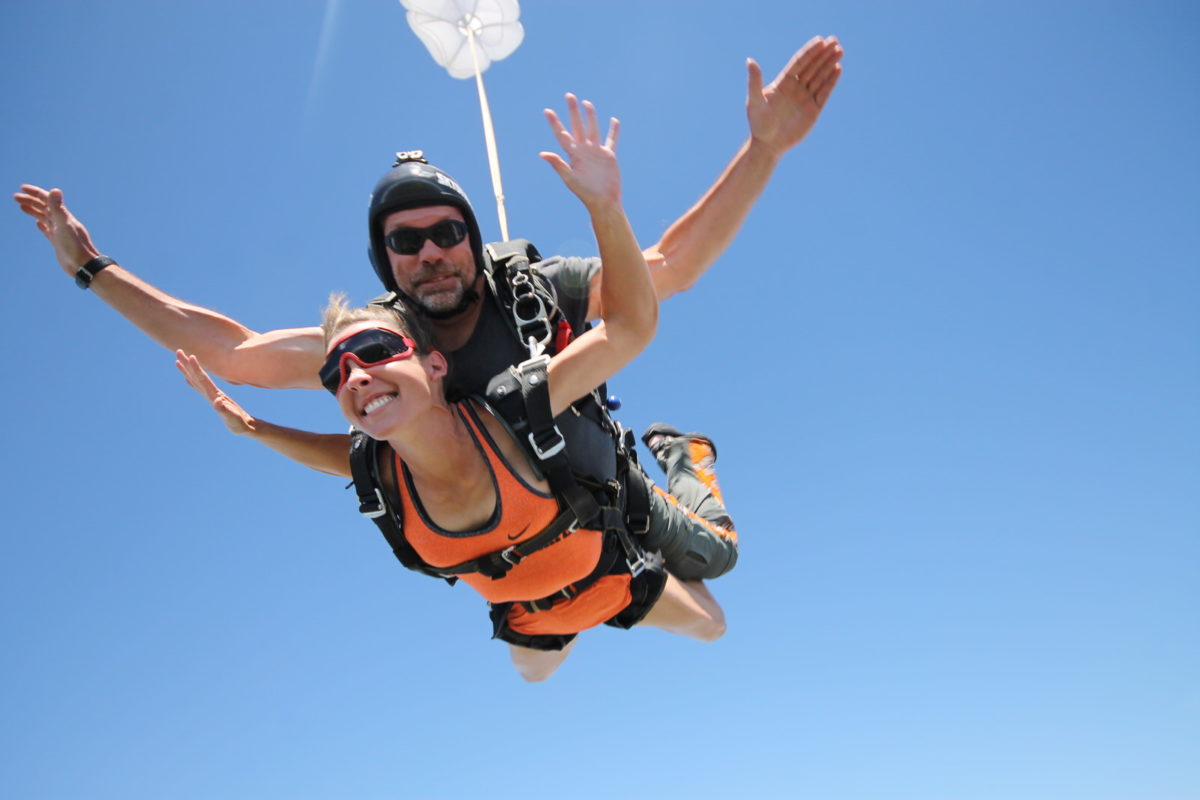 Is it the same everywhere?

Well — no. Most people under the age of 18 skydive in other, less-litiginous countries in Europe and Oceania. The skydiving age limits in several countries outside the USA are as low as 12 (for tandem students). In New Zealand, in fact, there is no minimum age limit whatsoever to make a skydive — the kid just has to fit safely in a tandem harness.

Why? First of all, lawsuits. In the USA, the very real threat of lawsuit all but blocks a dropzone from allowing someone under 18 to do even a tandem skydive, no matter who signs off on it, and no matter how good, talented, smart and responsible a kid they might be (and probably are).

Is there another way?

Sure there is. While you’re waiting for that eighteenth birthday, you can get an insane amount of freefall practice indoors: in the “indoor skydiving” wind tunnel. In that magical place, absent of parachutes and planes, young’uns can start flying at age 3 (which, as you can imagine, makes for one heck of a skydiver at age 18). Imagine that: being a stone-cold boss in the air, and only then adding the dimension of flying a parachute.

We’ll leave you with one more thing: A first-time tandem skydive is, rest assured, the most incredible 18th-birthday present you can give. What a cool way to celebrate adulthood, no? Eighteen candles down, oodles to go — and a skydive to kick it all off!

So — what are you waiting for? If you meet the minimum age requirement to skydive in Oklahoma, let’s do this thing!